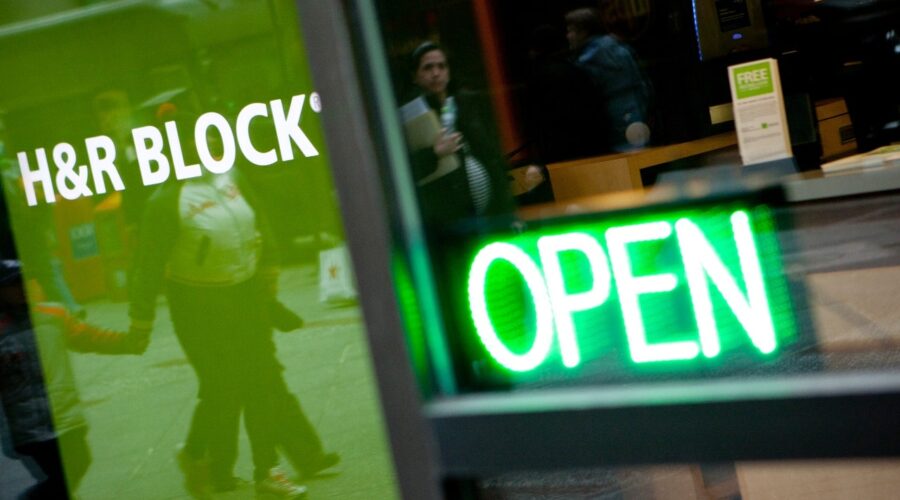 According to a new report from The Markup, the data was shared through widely used code called the Meta Pixel.

The Markup said the information sent to the social media giant can be used by the company for advertising algorithms and is gathered whether or not the person using the tax filing service has an account on Facebook or another Meta platform.

APPLE IPHONE DATA NOT AS ANONYMOUS AS COMPANY SAYS: RESEARCHERS

Some of the most widely used e-filing services employ the Pixel, including TaxAct, H&R Block, and TaxSlayer.

The Markup said a review showed a pixel on TaxAct’s website sent personal information – including filing status, their adjusted gross income, and the amount of their refund – to Facebook.

Names of dependents were apparently also sent in a generally reversible format.

This comes as TaxSlayer sent personal information as a part of Facebook’s “advanced matching” system, including phone numbers, the name of the user, and the names of any dependents on the return.

“The privacy of our customers is very important to all of us at TaxAct and we continue to comply with all laws and IRS regulations,” TaxAct said in an emailed statement to Fox News on Wednesday. “Data provided to Facebook is used at an aggregate level, not the individual level, by TaxAct to analyze our advertising effectiveness. TaxAct is not using the information provided by its customers and referenced in the report issued by The Markup to target advertising with Facebook.”

TaxSlayer spokesperson Molly Richardson told The Markup that it had removed the pixel to evaluate its use, noting that Ramsey Solutions “decided to remove the pixel” as well.

“Our customers’ privacy is of utmost importance, and we take concerns about our customers’ information very seriously,” she said.

GOOGLE MAPS ROLLS OUT NEW FEATURES: HERE’S WHAT TO KNOW

“H&R Block has removed the pixels from its DIY online product to stop any client tax information from being collected,” H&R Block told Fox News.

The Markup said that as of Monday, TaxAct’s site no longer sent financial details like income and refund amounts to Meta, but continued to send the names of dependents.

In addition, TaxSlayer and Ramsey Solutions had removed the pixel from their tax filing sites, but H&R Block’s site was continuing to send information on health savings accounts and college tuition grants.

“We did NOT know and were never notified that personal tax information was being collected by Facebook from the Pixel,” they said. “As soon as we found out, we immediately informed TaxSlayer to deactivate the Pixel from Ramsey SmartTax.”

Intuit’s TurboTax also stopped sending usernames through the pixel at sign-in, according to the Markup.

“Intuit does not share tax return information with social media platforms, including Meta (Facebook), for marketing or any other purpose. The Meta Pixel does not track, gather, or share information that users enter in TurboTax while filing their taxes. Intuit’s use of Meta Pixel is compliant with Section 7216,” a spokesperson for Intuit told Fox News in an email.

Intuit said it is committed with being a responsible steward of customers’ data and is clear about usage in a Global Privacy Statment.

“Consistent with our privacy policy we may share some non-tax return information, such as usernames, with marketing partners to deliver a better customer experience. For example, if an individual clicks on a TurboTax ad on Facebook and creates an Intuit account or signs into their account, Meta Pixel allows us to no longer show advertisements to the individual,” the spokesperson added. “While we have been consistent with our privacy policy, we have modified the implementation of Meta Pixel to ensure that moving forward username is not transmitted.”

Fox News Digital’s request for comment from Meta was not immediately returned.