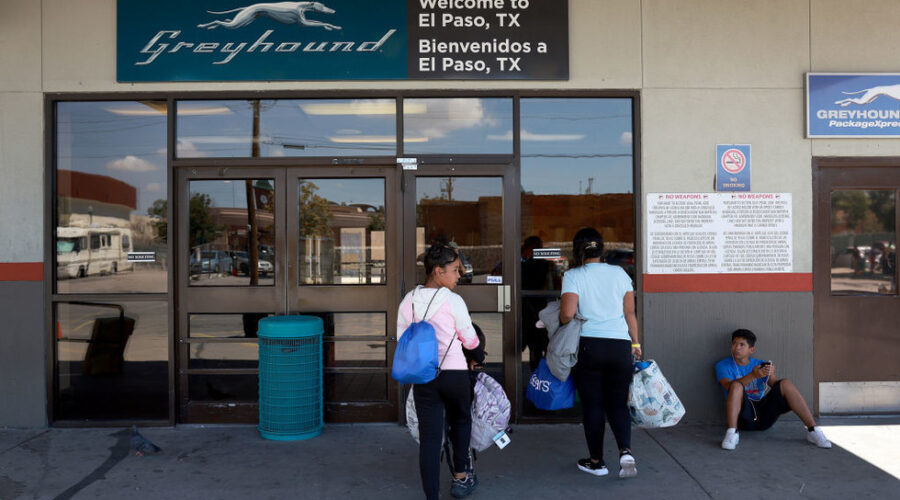 President Joe Biden’s administration has reportedly vastly expanded use of a program that sets loose illegal aliens into the US, who are then monitored via phones and tracking devices while their immigration applications are being processed.

There were 316,700 migrants enrolled in the government’s so-called Alternatives to Detention (ATD) program as of September 24, up 266% from when Biden took office in January 2021, according to US Department of Homeland Security (DHS) data. The figures, which were obtained by a data-gathering group at Syracuse University and first reported by the Daily Caller, showed that the number of aliens enrolled in the ATD program had never before exceeded 300,000 until last month and had never topped 200,000 until last March.

The program, which costs $2.2 billion annually, is billed as a way to free up detention space while ensuring that migrants show up in court for a hearing of their immigration cases. However, with the country’s immigration courts backed up and overwhelmed by surging migrant traffic at the US-Mexico border, most participants are removed from the ATD program before their cases are concluded. A Government Accountability Office (GAO) report last June showed that about a quarter of applicants who are removed from ATD flee from immigration enforcement rather than showing up for their court hearings and likely getting deported.

With two months remaining in the government’s fiscal year, US Customs and Border Protection (CBP) officers had reportedly apprehended more than two million illegal aliens at the southern border as of the end of August, a record high. There were reportedly around 220,000 more crossings in September, a monthly record.

The technology used to track migrants in the ATD program, such as GPS devices, costs taxpayers more than $361,000 a day, on average, according to DHS figures. The GAO said that DHS hasn’t provided complete data on the number of illegal aliens who abscond from the system and can’t be located.

The department announced an additional ATD initiative in June, a pilot program that provides funding to not-for-profit groups and local governments to give migrants such services as mental health care, legal orientation and cultural orientation. For those ATD participants who wind up being deported to their home countries, the pilot program provides “departure planning and reintegration services.”

READ MORE: US liberals love illegal aliens, just not in their own posh neighborhoods