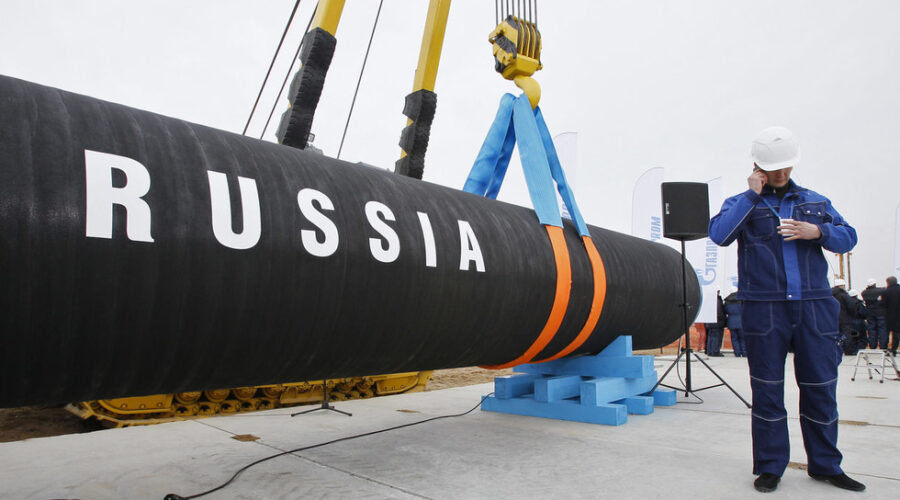 While he deleted a congratulatory message to Washington, Radoslaw Sikorski said he was glad Nord Stream was “paralyzed”

Polish MEP and former foreign minister Radoslaw Sikorski has deleted a tweet in which he thanked the United States for apparently blowing up Russia’s Nord Stream gas pipelines. Sikorski still reckons the US had the “motive and the ability” to sabotage the lines.

After the Nord Stream 1 and Nord Stream 2 pipelines lost all pressure on Monday following a series of underwater explosions off the Danish island of Bornholm, Sikorski took to Twitter to gloat, posting a photo of a massive gas leak in the Baltic Sea and declaring, “Thank you, USA.” He added that the apparent act of sabotage means that Russia will now need to negotiate with Ukraine and Poland to ensure the continued flow of gas to Europe.

As of Thursday, Sikorski has deleted his thank-you message to Washington. In a tweet posted on Wednesday, he clarified that he was “glad that the Nordstream … is paralyzed.”

“I naturally make working hypotheses about who had the motive and the ability to do so only on my own behalf,” he stated.

Russian Foreign Ministry spokeswoman Maria Zakharova had suggested that Sikorsky’s tweet amounted to an “official statement that this was a terrorist attack,” while Moscow’s deputy ambassador to the UN, Dmitry Polyanskiy, thanked Sikorski for “making it crystal clear who stands behind this terrorist-style targeting of civilian infrastructure!”

The Biden administration has not blamed the incident on any one culprit, although US officials have described it as an act of “apparent sabotage.” Ukrainian officials and some Western media outlets have blamed Russia, but with the flow of gas through the connection already controlled by Russia, Kremlin spokesman Dmitry Peskov called such accusations “stupid.”

US President Joe Biden claimed in February that the US would “end” Nord Stream 2 if Russian troops entered Ukraine, telling a reporter “I promise you, we will be able to do it.” NATO carried out tests of underwater drones near Bornholm earlier this summer, and Zakharova pointed out on Thursday that the entire Baltic Sea was “packed full” of the bloc’s military infrastructure.