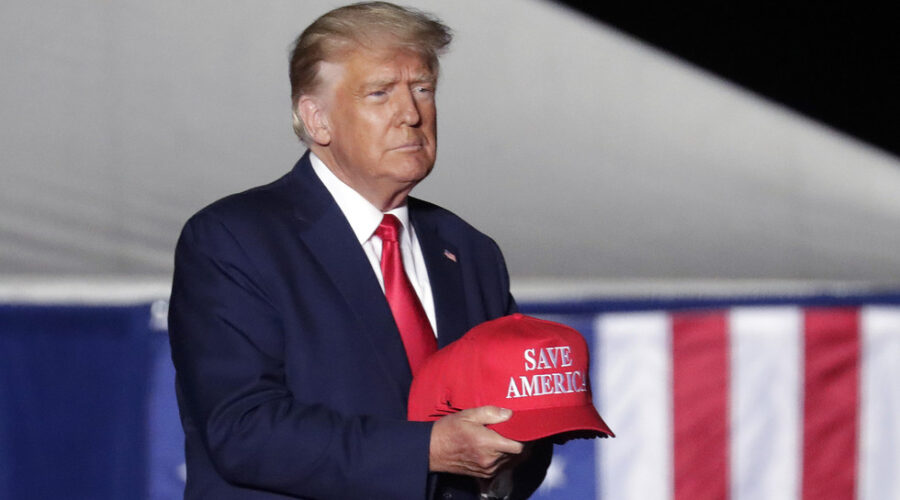 Former US President Donald Trump has responded to a fraud lawsuit against him launched by authorities in New York this week, suggesting the case is an act of political persecution by the state’s Democratic attorney general, Letitia James.

Speaking at a campaign rally in North Carolina on Friday on behalf of Republican Senate candidate Ted Budd and other GOP congressional hopefuls, Trump took a brief aside to address the civil fraud suit, which was filed on Wednesday and accuses him of financial malfeasance over a period of more than a decade.

“This is a gross prosecutorial misconduct,” he told the crowd, going on to denounce the suit as an example of “the left’s obsession with targeting political opponents” while urging the Department of Justice to investigate James for an “abuse of power.”

The lawsuit – which also targets the former president’s adult children, Donald Trump Jr., Ivanka Trump and Eric Trump – commenced after a three-year investigation into the Trump Organization, with James’ office claiming the business artificially inflated its asset values in order to secure loans on better terms.

The state of New York is seeking $250 million in penalties over the alleged financial crimes, and has asked the state’s Supreme Court to prohibit Trump and his children from ever serving as officers or directors at corporations based in New York.

The former commander in chief, however, insisted on Friday that he had been the victim of “one witch hunt after another,” referring to discredited allegations of ‘collusion’ between his 2016 presidential campaign and the Russian government, as well as Democrat-led impeachment proceedings over a much-maligned phone call with Ukraine’s president in 2019 and later his alleged role in the January 6, 2021 riots at the US Capitol. Trump suggested the recent lawsuit was also based on dubious claims, saying “These prosecutors are out of control. They’re crazy.”

Steve Bannon, a one-time Trump aide and formerly one of his staunchest allies, is also currently facing fraud charges in New York state, accused of ripping off donors who contributed to a private fund to construct a barrier at the US-Mexico border that never came to fruition. Trump himself repeatedly vowed to ‘build the wall’ to stem the tide of illegal migration into the country, but only managed to fortify small sections of the border, which has seen an even greater influx of migrants since President Joe Biden took office.