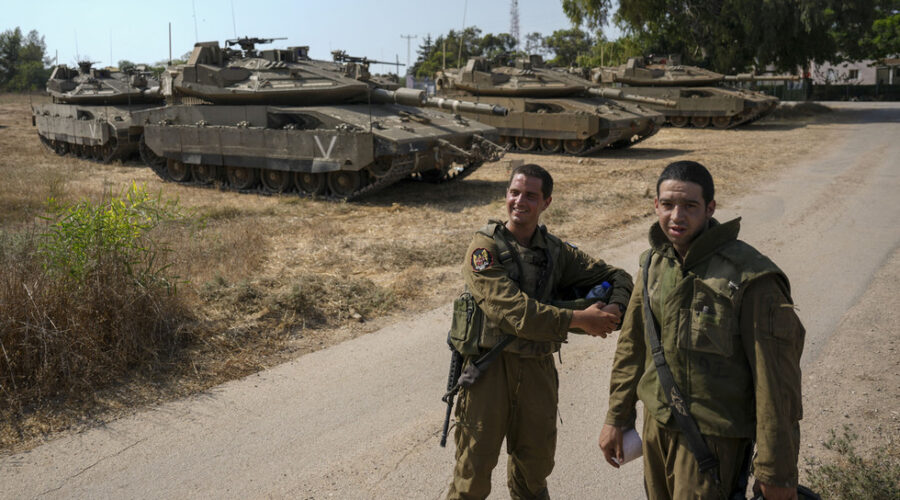 Israeli Defense Minister Benny Gantz gave the green light on Friday to call up some 25,000 military reservists, should they be required. Israel is on a state of high alert, with Palestinian militants promising revenge for the killing of one of their top commanders in an Israeli airstrike.

Gantz’ office announced the potential call-up less than an hour after Palestinian Islamic Jihad (PIJ) leader Zihad Al-Nakhala threatened to rain down missiles on the city of Tel Aviv over the “coming hours.”

Al-Nakhala issued his threat after Israeli warplanes fired a missile at an apartment building in Gaza City, killing PIJ commander Taysir al-Jabari. The strikes, dubbed ‘Operation Breaking Dawn’ by the Israel Defense Forces (IDF), targeted an additional ten to 20 PIJ terrorists, and killed members of a “terrorist squad” who were “on their way to carry out an anti-tank missile and sniper attack,” the Israeli military claimed.

Palestinian officials said that the strikes killed nine people, including a five-year-old girl, and wounded 55 others.

Preparations for a Palestinian retaliation are underway in Israel, with the IDF opening its emergency High Command Post and deploying Iron Dome missile defense batteries near the cities of Beersheba, Tel Aviv, and Jerusalem. Bomb shelters have also been made ready in Tel Aviv, while police and firefighters have been dispatched to areas near Israel’s borders with Gaza in anticipation of rocket fire.

Shortly after Gantz’ announcement, Israeli forces renewed their assault on Gaza, Palestinian sources said. Another PIJ operative was reported killed, as IDF spokesman Ron Kochav told Israel’s Channel 12 “we’re in the midst of a targeted campaign against the Palestinian Islamic Jihad,” and that Israel is hoping not to drag Hamas into the rapidly-escalating conflict.

The IDF meanwhile posted video footage of its troops forming up and apparently preparing for combat.

The latest escalation began when Israeli forces arrested PIJ’s West Bank leader, Bassem Saadi, in the city of Jenin on Monday. A Palestinian teenager was killed in the raid on Saadi’s home, triggering outcry across the Palestinian territories. As the PIJ placed its fighters on high alert, Israeli officials repeatedly warned this week of impending revenge attacks.