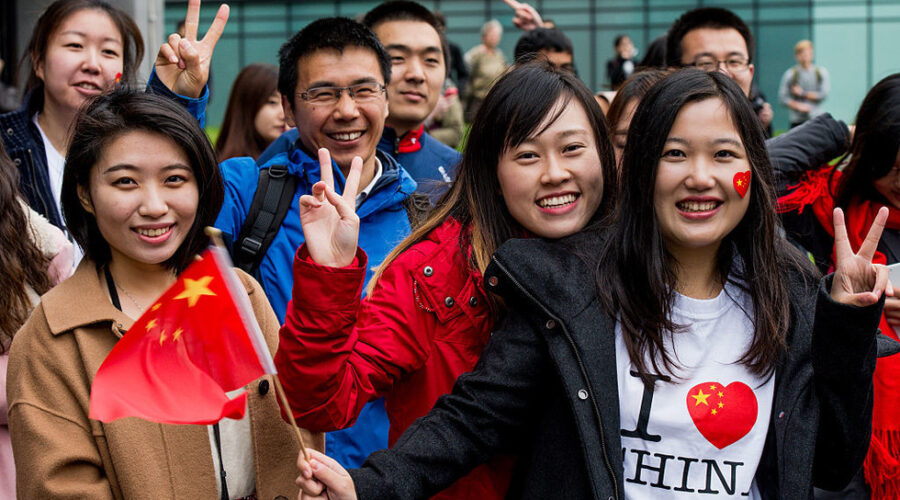 Dozens of Chinese college students enrolled at UK universities have left the country in the past three years because hardened defenses have prevented the theft of sensitive academic research, London’s spy chief has claimed.

More than 50 students with links to China’s People’s Liberation Army (PLA) have left the UK since the government reformed its Academic Technology Approval Scheme (ATAS), MI5 director-general Ken McCallum said on Wednesday in a speech to business and education leaders in London.

The crackdown on the theft of defense-related technology and other sensitive research materials is part of the UK and US push to counter “the growing threat posed by the Chinese Communist Party (CCP),” according to McCallum, who shared the stage on Wednesday with FBI director Chris Wray. “Both our countries have had to take action to stem CCP acquisition of cutting-edge national security advantage,” the MI5 chief said.

However, the 50 students cited by McCallum represent a tiny fraction of the approximately 150,000 Chinese nationals who are studying at UK colleges and universities. While acknowledging the “Chinese diaspora’s hugely positive contribution to UK life,” he accused the CCP of conducting “a coordinated campaign on a grand scale” to target Western academia, high-tech businesses, military sources and related organizations.

“The most game-changing challenge we face comes from the Chinese Communist Party,” McCallum said. “It’s covertly applying pressure across the globe. This might feel abstract, but it’s real and it’s pressing. We need to talk about it. We need to act.”

While also decrying the Russian military offensive against Ukraine and the immediate challenges posed by right-wing and Islamic extremists, McCallum said the CCP was a serious threat to Western interests. He said the CCP was focused on stealing core technologies where it couldn’t otherwise catch up with the West by 2050 and was targeting cutting-edge advances in such areas as artificial intelligence.

Wray argued that the Chinese government posed “the biggest long-term threat to our economic and national security.” The FBI opens a China-related investigation every 12 hours, on average, marking a 1,300% increase in case load since 2015.