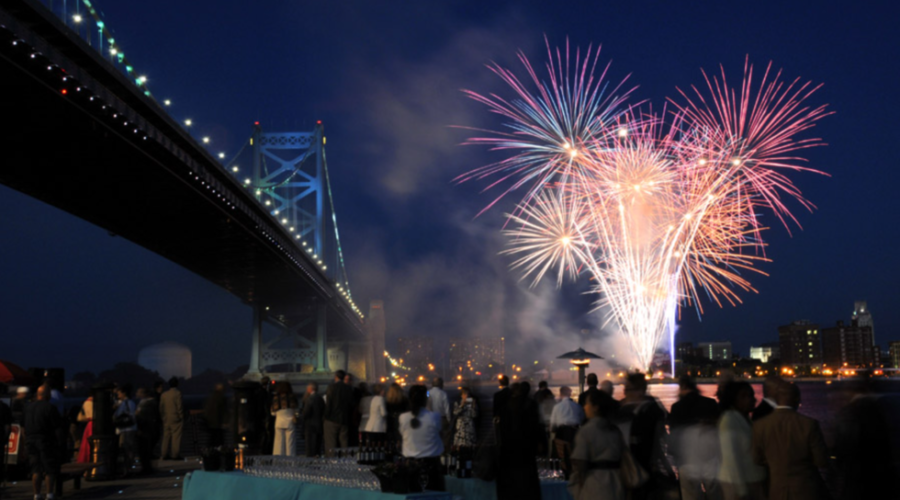 The incident occurred around 10pm near the Philadelphia Museum of Art as crowds of people watched fireworks following a concert on the final day of the Wawa Welcome America festival. Footage circulating online showed panicked revelers running away for cover, but it was not immediately clear if anyone was injured amid the chaos.

Authorities confirmed that a highway patrol officer suffered a graze wound to the head, while a member of a bomb squad was shot in the shoulder. Both were rushed to a hospital in stable condition, according to local media.

#BREAKING: Another shooting reported in US,.. At least 2 police officers #shot during #4thOfJuly fireworks in #Philadelphia, causing crowds to flee pic.twitter.com/AxXSqoAEVN

While police admitted a “security incident” and urged the public to “avoid the area,” there was no immediate information about any suspects and the circumstances of the shooting.

Additional police force was deployed to secure and evacuate the area, while authorities established a reunion center for those who may have been separated.

The incident follows a mass shooting in Highland Park, Illinois, where at least six people were killed and two dozen injured during an Independence Day parade earlier on Monday. The suspected gunman was eventually detained after a nine-hour long manhunt, but authorities have yet to reveal his motive or press charges.

People run for blocks from the Welcome America Festival on the Ben Franklin Parkway after two police officers were shot while working in the area of 2500 Spring Garden Street. A truly terrifying scene on what was supposed to be a night of celebration. @CBSPhilly pic.twitter.com/Bye1OEzQmF