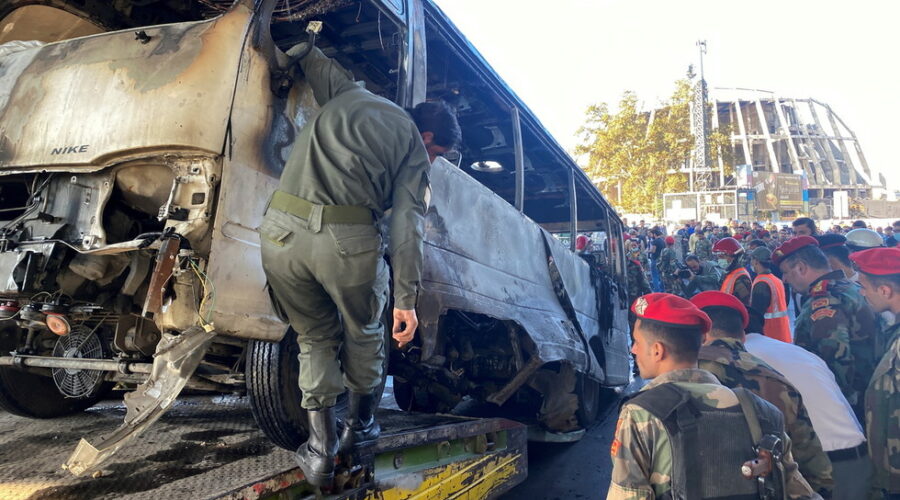 No less than 13 folks have been killed after a bus was mangled in a suspected terrorist assault because it crossed a bridge in Damascus, Syria. Two explosive gadgets had been set off, obliterating the car, state media reported.

In line with preliminary experiences, the explosions additionally injured three folks, Syria’s SANA company stated. The car was carrying Syrian army service members, who had been presumably the goal of the assault.

A large explosion in a military bus in Damascus kills at the least 13 and leaves dozens injured. pic.twitter.com/IK7Q62JUFw

The suspected terrorist incident occurred on the Hafez al-Assad bridge in central Damascus early on Wednesday. A 3rd explosive system was reportedly defused by a bomb squad.