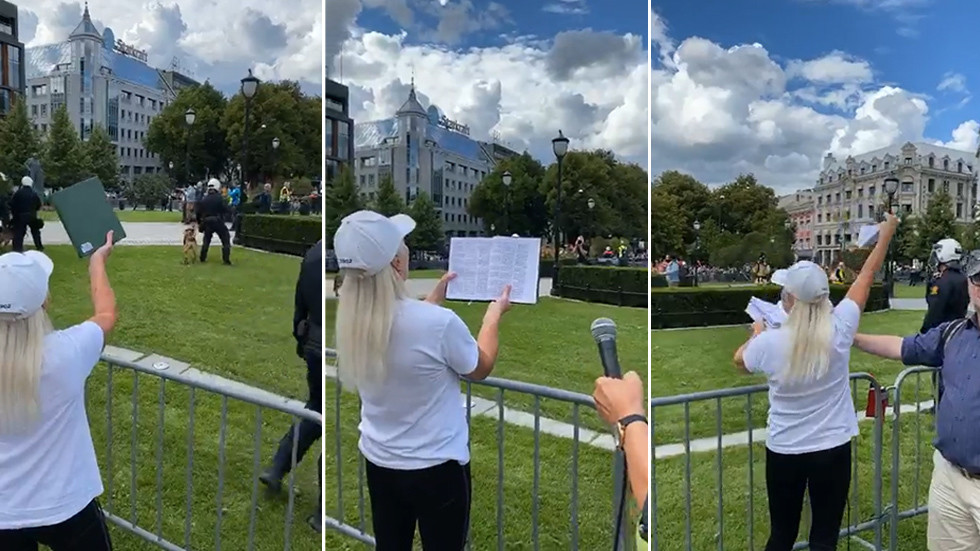 A Norwegian anti-Islam group staged a protest on Saturday, culminating in an activist tearing pages from a Koran. The occasion was wrapped up after a scuffle with counter-protesters, who managed to bypass the police perimeter.

The rally exterior the parliament constructing in Oslo was organized by a bunch known as Cease Islamisation of Norway, or SIAN. A few of their previous rallies have ended with clashes between group members and their political opponents. The police had a heavy presence on the scene upfront of Saturday’s occasion.

The protest escalated into violence when a feminine activist held up a duplicate of the Koran and tore pages from the Islamic holy guide. Offended counter-protesters then launched an assault, and the police rushed to intervene. One particular person was reportedly injured, and several other others have been arrested.

She is now ripping pages from the Quran pic.twitter.com/iV9cLz7XmR

Earlier than the scuffle, the rally had been principally peaceable for round two hours, with demonstrators chanting, singing, and listening to SIAN chief Lars Thorsen as he delivered a speech during which he denounced Islam’s Prophet Mohammed as a “false prophet”.

A safety barrier had been erected beforehand to separate the rival sides and hold order. Because the scenario grew to become extra tense and unstable, regulation enforcement brokers used pepper spray on a number of events and pushed again counter-protesters who tried to cross the road.

Shortly after the Koran-tearing incident, the protest ended. SIAN activists have been escorted away by the police, whereas the counter-protesters have been allowed to stay on the scene.

One other video from the counter-protests, police are utilizing pepper spray. (@FilterNyheter) pic.twitter.com/nvSEoDMGyP

Earlier this week, a Koran-burning stunt by members of a neighborhood anti-Islam group triggered outrage among the many Muslim group in Malmo, escalating into totally fledged rioting.