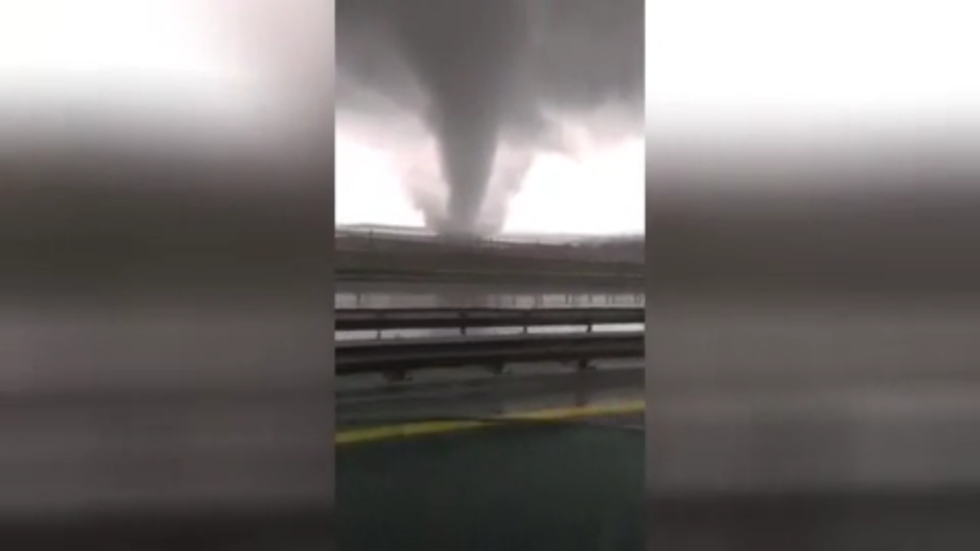 Istanbul has been besieged by foul climate, with giant components of the town flooded, others lashed by ferocious winds or towering waves, sporadic hail storms forcing residents to take cowl, and to prime all of it off, a fearsome twister.

Regardless of warnings from Turkey’s Normal Directorate of Meteorology, the roughly 16 million residents of Istanbul couldn’t have imagined the onslaught of unhealthy climate that awaited them Tuesday.

A uncommon twister fashioned off the town’s western districts, captured in all its terrifying glory by residents already fleeing the torrential rain and violent hail storms.

Town’s Sultangazi and Gaziosmanpaşa districts had been inundated, with extreme flooding reported within the central Kagithane district. Beleaguered residents ran for shelter as flash floods left deserted automobiles floating by way of the streets.

Big waves lashed coastal areas in Yenikapı and Maltepe, on opposing sides of the town, as nature unloaded its full wrath on the embattled Bosphorus.

There have been no stories of deaths or extreme harm, although a neighborhood climate reporter was struck by flying particles in response to Turkish media.